Episode 53: Our words are our guns. 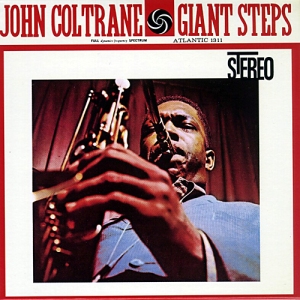 There comes a point in every relationship where you must have that one conversation. Kinda like the “Do you want kids?” talk. It almost serves as a litmus test for deciding just how close you’re going to get to that other person.

The discussion of John Coltrane is like that for me with music. He’s such a pivotal artist who transcended the label of jazz, making many complete artistic statements, instead of merely lumping together a bunch of songs for release. Some of these albums (like some of Miles Davis’ best work) can be easily understood by even the most casual listener.

He also had such a unique style. As he developed, it got labeled as sheets of sound. It’s certainly crazy, but it’s unmistakable, controlling himself just enough to fit into the framework of a song. (This wasn’t always the case. As he progressed and embraced free jazz, his music would often lose its tonal center and stray into cacophony. His live double-LP with Pharaoh Sanders is just downright scary.)

Okay, I’m going to stop. Stop by my house anytime for a Coltrane listening party and further diatribes. Enjoy the show.