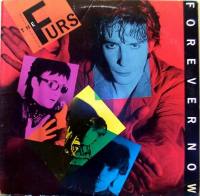 “Forever Now is my favourite album out of all of them. I think it was the peak of our psychedelicness. Some of our biggest influences were psychedelic and, finally, on that album we got psychedelic.” 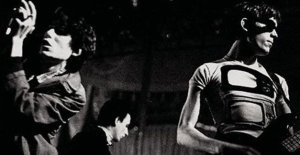 I remember the day I got hip to The Psychedelic Furs. Members of the Velvet Blue Music email discussion list had jokingly thrown around the idea of the label releasing a Furs tribute album (an idea not so far-fledged, when considering Fine China’s Rob Withem would later record “Love My Way” on his Foxglove Hunt album). This was early college, and I had no idea who the Furs were and why everyone seemed so jazzed about them. To find out, I picked up a copy of the band’s 1988 singles collection, All of This and Nothing, from Streetside Records. I fell head-over-heels in love with “All that Money Wants,” and that album became the soundtrack for many shifts of pizza delivery.

I don’t know what gets me back on a kick, but this week, I’ve been on a serious Furs kick. I’ve picked up where I left off halfway into the band’s biography, Beautiful Chaos: Psychedelic Furs. I know, I’m a nerd. But you probably already knew that. Enjoy.